[My good pal, former protege and gaming Oprah, Steve has been haranguing me for a long time about realism & historical accuracy in the D&D equipment list. Finally I asked him to put up or shut up: give me something I can use at my table or blog about! Monday morning, the following came across my desk. Actually much, much more than the following... but we'll start with this and see how far we get. -HDA]

Switching from Pathfinder 1st edition to 5th edition D&D has been a breath of fresh air. While I adore Golarion despite its faults and appreciate the attempted breadth of simulationism with the rules, the situational bonuses and penalties clutter play at all but the lowest levels. I admire the OSR community a lot, and enjoy mining it for ideas, but the days of AC lookup charts, THAC0 and other trappings of the retro editions are behind me. More accurately, 1st edition is an exercise in futility in terms of getting anyone who would sit around my table to actually relearn those old ways, even as my players drown in the modern comforts of d20.

5th edition has struck a great balance with me between playable simplicity and tactical RPG gaminess, and I’ve been able to woo my players over to it despite what was initially perceived as fewer character options and a less granular, lower fidelity system of modifiers. The fact that the math doesn’t break down into absurdity after half a dozen levels is a pretty cool feature, go bounded accuracy! A lot has been written about this in other places and I’m not here to plug editions, but essentially for my group, adopting 5e has helped us (well, some of us) move away from the optimization death spiral, re-focus on play of the game, and value character creation choices that are meaningful instead of hunts to stack bonuses. 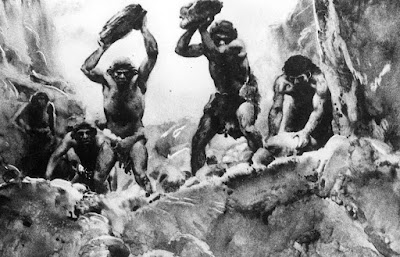 One thing that disappointed me about 5e was the weapon and armour lists. I understand their utility, but coming from Pathfinder, which has a robust gear list (even if many of those arms and armours are not only ahistorical but suffer from power creep as well), I felt like the options were not only bare-bones but pointed once again to a very few optimal loadouts. Essentially, I understand that the weapon and armour lists seem to serve as placeholders somewhat, with broad categories that might represent any number of different weapons in fantasy or history, or different time periods, somewhat jumbled together as is normal for the fantasy milieu. Ascribing gold piece values towards these items also seemed strange. I’d rather have the GM eyeball that according to the region, using the PHB as a guide. [1]

A project to create a complete equipment list that covered all these possibilities quickly grew to become too unwieldy, and I determined that what I was actually trying to do was interpret the broad categories of arms and armour into specific historical contexts. To that end, I’ve created several re-imaginings of the equipment list below. These could represent different periods of history or different cultures, as they did on Earth. They could represent different worlds with differing technological bases entirely. They might interact in interesting ways as well, when explorers from a far-off, technologically superior empire encounter more primitive humanoids living in a remote region whose equipment is simpler but more readily adapted to their environment.

The lists may also be juxtaposed, as they were in history for example when the Romans still employed bronze in some contexts or when stone age and bronze age weapons co-existed. Some of these changes re-balance the gear list a bit, and this is done according to my preferences for retaining combat utility while favouring realism. It results in weird situations like a stone axe being as effective on paper as a horseman’s axe. My suggestion would be to apply disadvantage against a weapon user attempting to attack someone armoured from a later period, or one-handed slashing weapons against heavy armour. Some late period weapons may ignore early period armour entirely (eg, firearms). 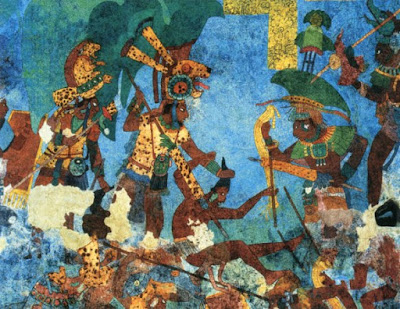 For those of you without a copy of 5th edition, a brief explanation of the weapon properties should you care to use them.
Fragile: Weapons crafted from flint, stone, bone, horn, antler, shark-teeth and obsidian. On a to-hit roll of 1 the weapon chips or breaks, treated as an improvised weapon thereafter.
Light: Ideal for off-hand use when dual wielding.
Versatile: May be used in one or two hands. Roll the next higher die for two-handed damage.
Finesse: May use DEX modifier in place of STR for attack/damage rolls.
Loading (x): Require the user to spend an indicated number of actions reloading the weapon. If the number indicated is 0 it can be fired once per round, but no more.
Reach: Adds 5 feet to striking distance.
Ammunition/Thrown: A ranged weapon. The first number is short range (attacks incur no penalty), the second is maximum range, in feet.
Heavy: Small creatures have disadvantage on attack rolls. 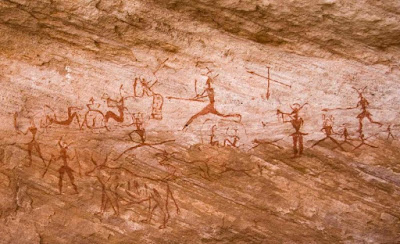 [1] - I have done this too, my old primitive equipment list (now rendered somewhat outdated by this article) had custom prices for everything. However, I do think Steve not including prices with these lists was a bit of an oversight. We may revisit this topic later in the series.

[2] - Yklwa: From the Tomb of Annihilation adventure, it's a very short-hafted spear.

[More great reading on armour, both primitive and otherwise HERE and HERE.
Sorry about the formatting. I have never used HTML before, so the tables were hard to figure out. Use these weapon/armour lists for a wild frontier game, maybe some neanderthals, lizardmen, ogres or something.

EDIT: Added in a few extra changes Steve sent me. Next up: the bronze age!! - HDA]