CULTISTS OF YOG-SOTHOTH who is The Key and The Gate, AKA Iok-Sotot 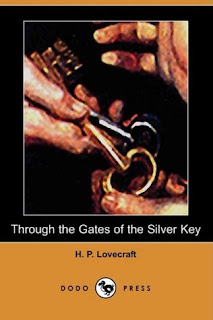 Only madmen would worship this Ancient One. Anyone who isn't mad when they join sure will be after the terrible initiation rituals this cult administers. They charge into battle in once-fine robes and giant black hats, wreathed in pungent incense smoke and swinging two-handed weapons (scythes, hammers or flails) chanting "IOK-SO-TOT! IOK-SO-TOT!"

In any group, one of the cultists will have a censer that looks like a big two-handed ball and chain, from which issues the maddening and pungent smoke that drives the cultists into their battle frenzy and disables their opponents. It gives them insight into space & time so they can predict their enemy's movements, this accounts for their high AC and makes them immune to surprise and sneak attacks while in the smoke. If you try to jump them, you find they are looking straight at you no matter which way you attack from, even if you are invisible (they have a premonition of being stabbed in the back, even if they don't know who will be doing it). This also means that the cultists, from a short distance away, look like a big chanting cloud in the dungeon.

Outside the smoke, effects wear off (for cultists and victims) after 1d6 rounds, which renders the cultists AC 13 and vulnerable to surprise. The smoke renders them perpetually weird and difficult to converse with - as if they weren't already bloody lunatics. Imagine that girl/guy you tried to pick up outside the bar that one time, but she/he was stoned as hell and kept saying things sort of annoying and totally unrelated to the conversation*. 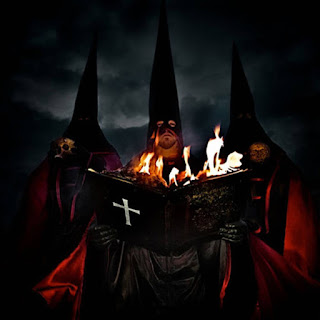 The smoke has various effects on those who inhale it. Roll 1d6 on the table for each character who inhales the smoke.

1 - Bugs!!!: They're crawling all over you. Save vs spell each round to do anything other than freak out and pick at your clothes.
2 - Permafried: No save. The same ability the cultists have. +4 to AC, -4 WIS, can't be surprised, you have trouble making complex decisions (rush the player, make them decide what to do first every round even if their initiative roll is way later. If you skip over them for being too slow, they'll get the idea).
3 - Dream Warrior: No save. Move slowly, just like you're fighting in a dream. Hit last every round, movement rate and damage reduced by half (round up). Taking any hit point damage will wake you up and you're back to normal.
4 - Terror in the Depths of the Fog: No save. How big is this room again? Why is it so quiet? Where is everyone? The smoke is too thick, your character is lost in the Silent Hill emptiness between worlds. After 1d6 rounds of wandering, make a WIS check to find your way back. If you succeed, no problem. If you fail, something followed you back. Roll up a low-tier demon encounter, hostile to anyone and everyone. Or if you are a real dick, the character ends up in another dimension chosen by YOG-SOTHOTH.
5 - Through the haze of Time: Granted a vision of the future! The player can look at the dungeon map for a number of seconds equal to their character's INT or WIS, whichever is lower. Save vs. spell. If you fail, the character is so terrified by this knowledge that they cannot discuss it aloud. If the player SPEAKS about any of what's been learned, visit some horrible doom upon them: time paradox, insanity effects, curses, etc. Once the future has come to pass (the party has explored some more rooms, met more monsters, etc: 1d6 encounters), player can speak normally.
6 - Instant Death: Not really. Character believes self to be dead, falls over, breathing and vital functions slow to a crawl (only an expert can tell). Save vs. death every 2nd round to wake up, no worse for wear.

They don't usually carry treasure, but their robes are high quality (although often ripped and torn). Also the censers are finely made and could be worth 1d6x100 gp to the right buyer (a church or collector maybe).

*This is important, as all the cults of the Ancient Ones still have their own motivations and goals and can be open to negotiation, trades or even temporary alliances. Most have human-level intelligence, it should just be difficult and confusing at times for PCs to understand them or make themselves understood. This is a way to get some more adventure hooks happening, and I find dungeons can be real boring sometimes with nobody to talk to.

BLOOD AND SOULS FOR MY LORD ARIOCH