E6: Overleveling yourself for fun & profit

I haven't been blogging as much of late because I've spent all my time prepping for our online q-teen game in the City-State of the World Emperor. I have a big pool of players and it's a lot of fun, but we are playing more frequently than I'm used to! As the game develops I'll eventually have a backlog of material that I can share, but for now I am focusing on the most immediately useful stuff.

Here's a post I've been thinking about for a while, as I look to the future of the Land's End game: 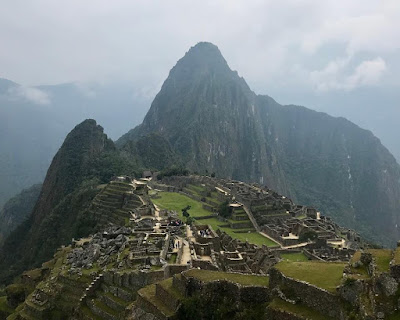 What Happens After 6th Level?

Epic 6: The Game Inside The World's Most Popular Roleplaying Game.

This modification to the core of 3.x/d20 is the only way I will consent to playing damned Mathfinder. It allows me to chop, flog and edit the system to my heart's content without fretting overly about the rules not working consistently across all 20 levels. If it works with normal humans and 1st level characters, a modification will probably be fine at level 6.

The party just reached level four, and I have to start thinking about how to handle the PCs reaching level 6. More feats will be necessary, obviously. But I think the fun of E6 will be attempting epic-level stuff. Killing legendary monsters, stealing the golden fleece, things that heroes of legends do. When all you get is one fireball, you'd better make it count. How else can the players make the best use of their power in the game world?

First of all, the core tenets of E6 won't change:


Six Hit Dice
It doesn't matter how many cool abilities you have - falling off a cliff, being swallowed whole by a dragon or chopped up by a motivated mob of lowly orcs are all deadly. That doesn't mean you can't take feats like Toughness to get more hit points, of course.


BAB +6
Feats could give situational bonuses and modifiers, or allow fighters to chain up to feats that require a higher BAB. But the whole idea is that the best swordsmen in the world are only a certain degree above a normal human.

Look at it this way: a 0-level peasant with a +5 sword (a godlike weapon, impossible for normal humans to make) is almost even with a 6th-level master armed with his old campaigning sword. I love that symmetry.


No Generalized Power Increases
Bonuses after 6th should improve specific aspects of the character, not upgrade their overall power level. Anything that increases a character's power across multiple dimensions (like lycanthropy increasing hit points, attack bonus, armour class, etc) should come with stiff drawbacks or be only situationally useful.


Extraordinary Results Require Extraordinary Effort
Not a core tenet of E6, but it flows from what I'm thinking about. Taking your allotted feats after sixth level is the natural order of things. Spending a feat or two to take abilities from a prestige class or something takes extra XP, but no extra work.

PCs who want to go above and beyond need to go on quests, consult sages, spend money, peruse forgotten tomes, take risks, utilize lost treasures, risk sanity loss, etc. in addition to gaining the required XP. All the good player-directed adventuring sandbox stuff that I try to encourage!


A Dangerous World
It should be obvious, but things ramp up at this level. Not as dangerous as your standard level 1-20 world - after all, part of the E6 magic is that the ecology of the game world can be at least a bit fucking comprehensible. The world nevertheless needs dreadful monsters that can't be defeated readily in a straight-up fight. Why bother opening up the Necronomicon and risking mutation & madness on the off-chance your wizard can make all his rolls and learn Finger of Death - unless you really need it to kill the dreaded Sludge Dragon of the Drowned Lands and your solitary 3rd-level spell won't cut it?

Players that reach 6th and become "epic level" might think they have no need to take risks. Epic 6 should be more like finishing an apprenticeship: a license to take on bigger challenges, and a sign that your initial 'adventurer puberty' of rapid learning and growth is over. Development now takes hard work.

Finding The Weird Stuff
The most basic option. The epic-level dungeons in Land's End are plentiful: the Tomb of Abysthor, catacombs beneath the lost city, serpent-men ruins, other dimensions, crashed alien... well, I've said too much already. All of these ultra-dangerous dungeons are crammed with as much cool shit as I can fit, and none of it is available anywhere else in the setting. Balancing that out are brutal traps and hordes of tough foes. Most of these locales are optional, extremely hard to find/get into, or both.

Of course some items in each of these categories are beyond a 6th-level caster anyway. A +2 enhancement bonus and a handful of special properties (distance, merciful & thundering) are all the magic weapons a 6th-level enchanter can create. This is perfect for me - even aligned weapons (axiomatic, etc) are beyond the PCs' ability, as they're products of extraplanar energies.

If the PCs want even better magical gear, they need to pick up the various lost relics & demon-haunted weapons throughout the landscape, grappling with their personalities, properties & curses.

Of course the long & more fun way is available also. Through mighty deeds, the players may create weapons normally impossible for mortal 6th-level heroes, and these weapons will hopefully pass on into song & story after their adventuring careers are over, where a more straightforward sword +2 created by choosing a feat and spending money (yawn....) will not.


Covenants
You all know how much I love Dark Souls and Warhammer!

Entering into a pact with one of the ruinous powers usually helps out. For a while, anyway. None of the PCs are Lawful, so it seems pointless to even detail the benefits those entities would grant. Instead, I'll work up more chaos patron tables for Abraxas, Tsathoggua, Jubilex, maybe a few others as the setting demands. If the PCs want to sign on with the forces of darkness, that's fine with me (they aren't too far off as of now).

Meanwhile, some ancient beings survive from the times before mankind. If they could be bargained with, perhaps their secrets can be learned (this is a subset of Finding the Weird Stuff). For example, the sorcerous giant Nibolcus (see The Man From Before) knows magics long lost to the world. At what price would he take on a new student? 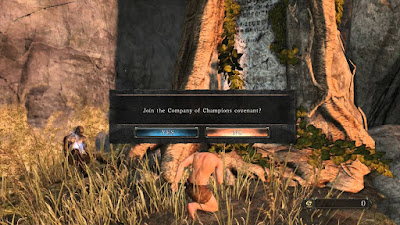 Mutations
I mentioned a giant mutation chart in an old post a while back. Very difficult to control, but maybe a "potion of beneficial mutation" (or an updated version) could be found or created that would limit the number of really harsh effects. Probably too risky for the fearful players in my game, but might come up as a desperate gambit or side-effect of something else. The Metamorphica will come in handy here.


Night Hag
Wouldn't give your witchy PC more levels, but upgrades your Hit Dice and give you more spells at the cost of stat & alignment change, some new vulnerabilities, being cast out of polite society and having to help your coven with various tasks. The process for this will be similar to lichdom - an esoteric ritual known only to few. There is a witch in the swamp attempting this right now, maybe she can be persuaded to give up her secrets? (also see Witchy Wednesday)


Lycanthropy
Easy to contract, hard to get rid of. We know the rules. The dread forvalaka roams the wilderness, so the changing disease could be contracted during the normal course of the game if the PCs aren't careful. The weakest form of transformation probably. It's hard to control and comes with serious drawbacks (I'll be using that chart in the AD&D DMG) but it could be narrowly useful for a fighter or barbarian who needs an edge from time to time.


Vampirism
So far there is one vampire in the setting, a hold-over from a bygone age. Trapped in a lead coffin, it has been waiting for centuries, hopelessly mad. Letting it out is probably a big mistake... but in a land covered in perpetual clouds, being a vampire might not be so bad? Increased stats, undead immunities and some great special abilities make this transformation a great move in a setting with very few high-level clerics. This option is open to PCs, but then we'll have to mess with templates and it will be a real fiddle-fuck. And of course the trapped vampire might just kill them all.

Lichdom
There are a few liches in the region. Mostly they are happy to kill anyone they see, but one of them can be negotiated with. Prying his secrets will be a serious challenge but it could happen. Certainly this would lead to some great immunities, better hit dice and perhaps some more spell slots - I'll have to give it some thought, and dig up PF's stupid rules for templates.


Other Undead
Servants of Orcus (see link above) might be turned into skeletons, zombies or ghouls up to 6th level, or perhaps wights if they have a great deal of experience beyond 6th. There are other undead in the wilderness that might strike the players and transform them - shadows, ghosts, etc. Still, this is more of a fail state than anything the players will likely aspire to. If they do get transformed, I will offer them the option of continuing play as an undead character with all the relevant drawbacks or relegating the unfortunate to NPC status (possibly a new villain).


Brainstormer/Fuse Meister
Sort of like special cases of lichdom. These two are much more difficult to make work as PCs, and perhaps I'll leave as antagonists, unless someone is really that crazy!


Destiny
As I said back in this post about the black pyramid:

"Ivory Tablets: One of the many long term sub-sub-subplots of the campaign. My attempt to fix the stupid Deck of Many Things into a powerful divination tool & force to rewrite one's destiny. Created by the high elves 5000 years ago. The individual "cards" must be assembled and brought to the shrine of Divine Providence deep beneath the Lost City where the Chthonic Elves dwell. I haven't decided what each card does yet, but I really dug myself in deep with this one. All the major arcana and 4 cards from each suit, for a total of 38!"

Well, luckily Mithril & Mages pointed me in the right direction. Dragon Magazine #77 has rules for an expanded Deck of Many Things based on all the tarot cards. Awesome! The powers aren't annoying things like "dead" or "gain 100,000 xp," rather stat changes (I'll rule that this can increase above normal maximums), strange events in one's life, saving throw modifiers, gaining tremendous wealth or losing all your money, getting pranked by magical creatures, etc. Very cool stuff and if the PCs ever assemble the deck (a tall order indeed, considering where a few of the cards are kept!) they can try their luck with it.

[EDIT: I forgot about the cards! Getting back into a setting you haven't looked at in a few months can take a bit of work...]

As you can see there are plenty of options for the power-hungry player character. Whether they take any of these, well... that remains to be seen. My next move is to seed clues, hints & fragments pointing towards these options throughout the world. Off I go to do that, and write up some more big dungeons. Excelsior!