[Steve is back with weapons from the ancient world. I have included some of his explanatory notes to me, some may find them useful to add a bit of detail. I wish I could just transcribe our conversations, but I'm not spending my time doing that! -HDA] 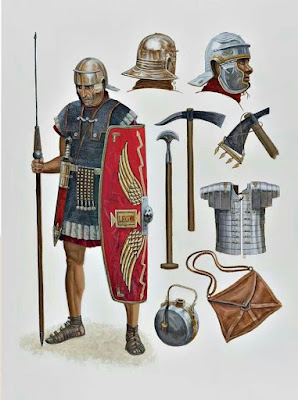 Javelin, Amentum - Greeks used a twisted leather thong attached to a javelin to extend the throw similar to an atlatl, but without the finickiness of loading it onto the branch, as the thong was just affixed to the javelin.  As it untwisted, it also imparted spin.

Javelin, Pilum - You'd best know what this one is.  Heavy, hypodermic looking javelin that the legion is famed for.  Fucked with shields and over-penetrated to strike men who used them on account of their design.

Dolabra - The real weapon that built the empire, the legion's entrenching tool. Mattock/pickaxe.

Gastraphetes - Greek crossbow that would have allowed them to span a draw weight greater than they could have by hand, by pushing down on a mechanism that then pushed back up against the string, bracing it against their belly ("belly bow").

Falx - Dacian terror weapon, the first two-handed weapon Romans encountered. They temporarily up-armoured the dacian legions to counter it with banded iron armguards (manica), greaves, and reinforced helmets. Thus we have Roman segmented iron half-plate, if only for a short window.

Sica - Thracian shortsword, associated with assassins. This is the root of the word "Sicario."

Khopesh - Weird Egyptian bronze sword that developed out of axes, like a cut out epsilon axe

Spatha - Roman cavalry sword, longer than a Gladius, ended up becoming the main armament of the late empire, influenced the development of the migration period sword/Viking sword/Carolingian sword, would eventually stiffen and taper and develop into the arming sword.

Falcata/Kopis - Leonidas' sword, different name depending on whether you're Spanish or Greek.  Like a big Kukri knife.

In case it's not obvious for the armours I tried to use plain English to describe them. Breastplate instead of Cuirass, etc. So a segmented iron breastplate here is a "Lorica Segmentata" should you want to get that in-depth. 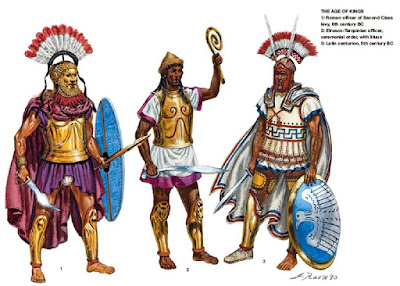 Light: Ideal for off-hand use when dual wielding.
Versatile: May be used in one or two hands. Roll the next higher die for two-handed damage.
Finesse: May use DEX modifier in place of STR for attack/damage rolls.
Heavy: Small creatures have disadvantage on attack rolls.
Reach: Adds 5 feet to striking distance, unless more is indicated.
Ammunition/Thrown: A ranged weapon. The first number is short range (attacks incur no penalty), the second is maximum range, in feet.
Loading (x): Require the user to spend an indicated number of actions reloading the weapon. If the number indicated is 0 it can be fired once per round, but no more. 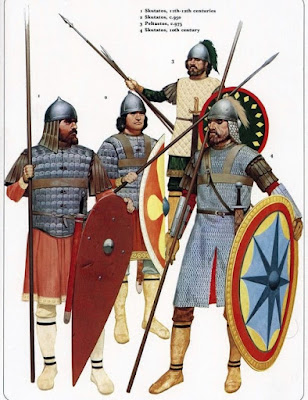 *****
Pictures are from books by Osprey Publishing. Check them out, really great stuff!
Here is a video that bears on the previous entry in this series (Prehistoric weapons). Making an atlatl spear-thrower: