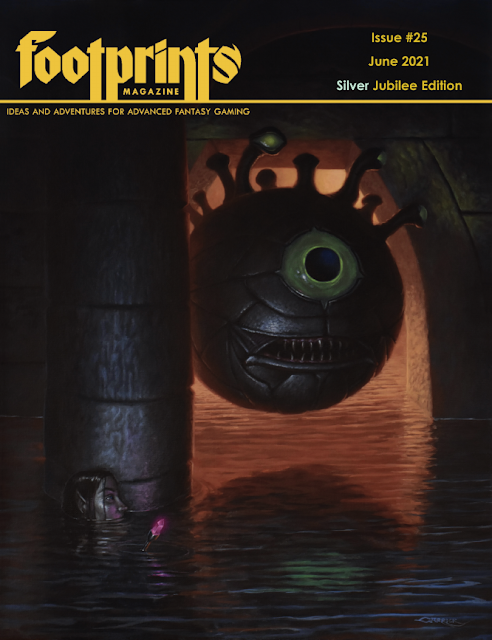 I bring this up because this issue has a 20-page adventure for Labyrinth Lord written and lovingly illustrated by ME. For characters of levels 3-6 with about 50 keyed areas.

It's called Gilded Dream of the Incandescent Queen. Originally it was for a random dungeon design contest and then took on a life of its own after that. I wrote it so that it could be dropped in to anybody's campaign, and I hope you, gentle reader, give it a chance and try playing it in your own game.

Venture into a floating sanctum built to transcend mortality itself! Weigh your soul on the great scales before Zarmuun, Eater of Hearts! Battle the sadistic Witch-Queen, plunder her vast treasure hoard, sail her ocean-going barge, or climb the celestial staircase up to a mysterious fate...? 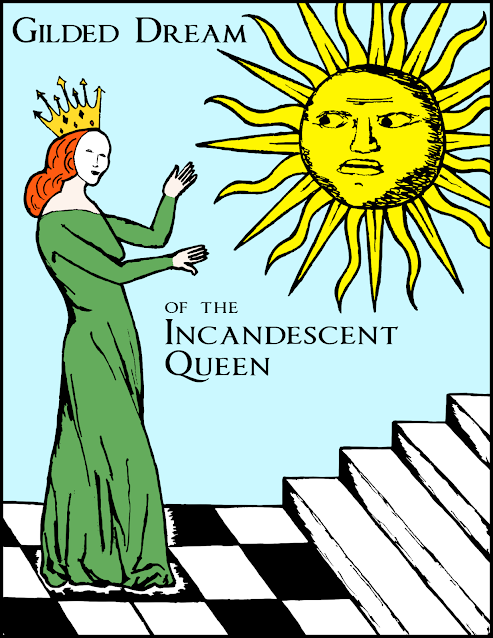